Tips and tricks on DTrace, ZFS, Zones and Solaris administration 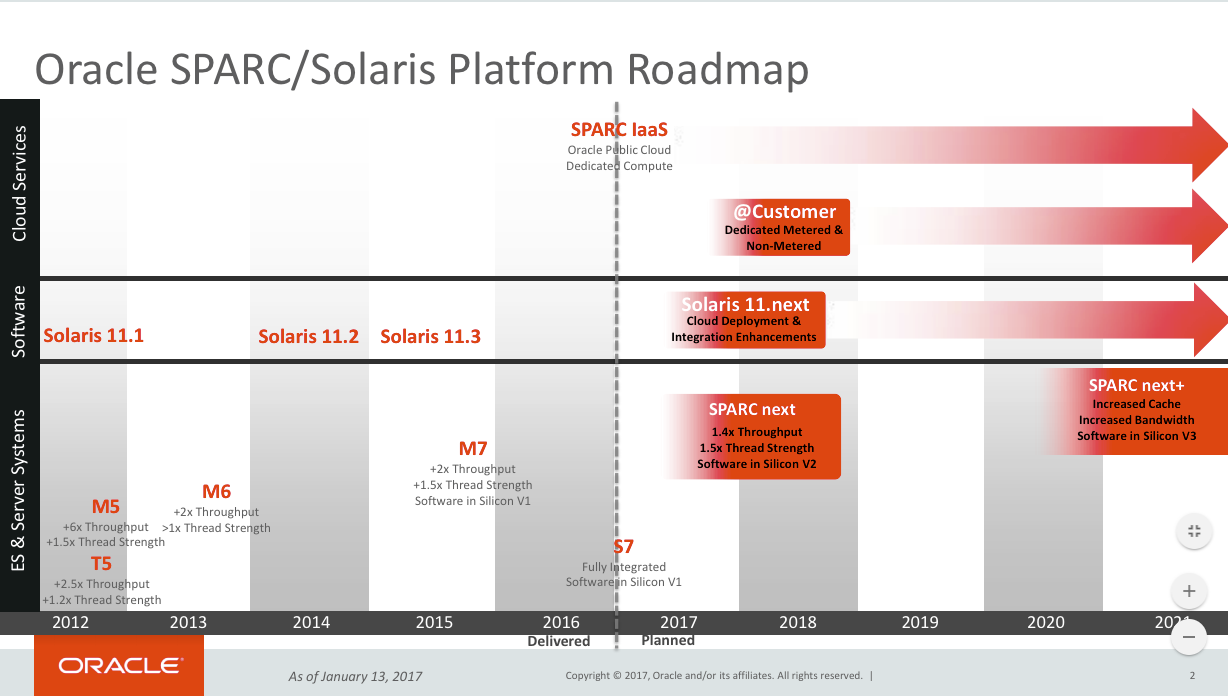 Okay, so Oracle just updated their roadmap for SPARC and Solaris.

Seems Solaris 12 will take a couple more years to be released (I seem to remember that in 2014/2015 a very similar roadmap was suggesting Solaris 12 would show up in late 2016), which means for now there will only be Solaris 11.x incremental releases.

There’s also promise of SPARC Next hardware which promises significant boost to performance.